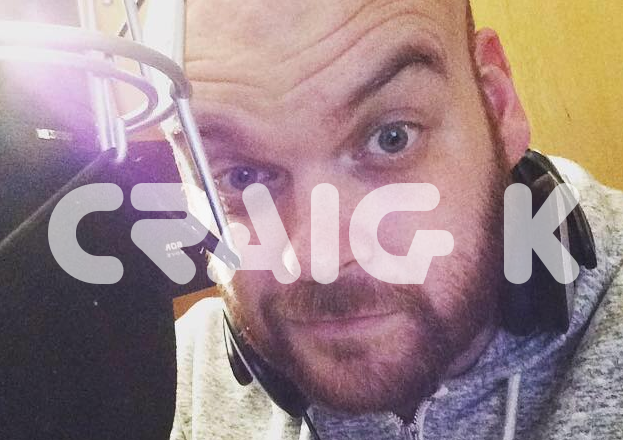 Craig K is a double UK award winning radio presenter from Rhyl in North Wales with over 10 years experince in radio broadcasting, presenting and engineering. After a short stint on college radio Craig moved on to Point FM 103.1 in North Wales where he joined as the Saturday morning presenter moving to weekday afternoon presenter.

His afternoon show became a success by mixing the serious with the funny side of life, keeping people sucked in with radio games and interviewing 100s of people from local actors, singers to UK TV and music star, Formula One drivers and Gladiators … and not forget the legendary Sir Ken Dodd, twice, to name a few. The show used to take 100s of texts a week thanks to the fabulous and loyal audience. Also a quick thanks to the Daily Post (a North Wales regional newspaper) for misquoting me and naming the show as the “BIGGEST AFTERNOON RADIO SHOW ON THE NORTH WALES COAST”.

In the autumn of 2016 I collected 2 awards from the newly established Community Radio Awards in Birmingham, UK after entering earlier in the year, I won GOLD for The Best Entertainment Show and Silver for Best Male Presenter, a feat I am immensely proud of to this day. The show went on from strength to strength until Point FM 103.1 came to an end in 2017.