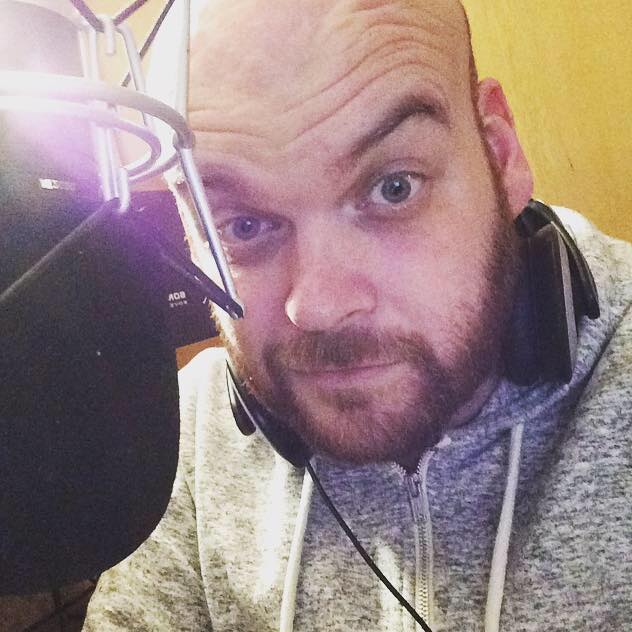 I am Craig Kennealey, also know as Craig K.  A British male professional voice over artist on UK Radio and TV,  A UK award winning radio presenter and audio production specialist with over 10 years experience in the radio and media industry.

For just over the last 10 years I have been a radio presenter on a number of Community Radio station mainly based in North Wales – Point FM 103.1 and Sound Radio 103.1.  I consider myself experienced in broadcasting and show production as well a good knowledge on how to run a community radio station.

In 2016 I collected 2 awards from the newly established Community Radio Awards in Birmingham, UK after entering earlier in the year, I won GOLD for The Best Entertainment Show and Silver for Best Male Presenter. I am still currently the only male radio presenter in Wales to be nominated and come in the top 3 in the “Best Male Presenter” category.  And only 1 of 2 in North Wales to win a Gold award.

In 2017 joined as a director of Sound Radio LTD, helping draw up the application for a new FM community radio in North East Wales and the Vale of Clwyd, the station was officially awarded a licence in December 2019 and launched on air in February 2021 on 103.1 FM.

Along with radio I have much experience as a voice over artist.  My voice has been feature on Regional and National TV adverts in the United Kingdom (ITV and ITV Hub).

I have also voiced many corporate, explainer videos for a variety of companies in the US, UK and Europe, along with many award ceremonies.

Most recently I have become one of the voices for Drayton Manor Theme Park, where you’ll hear me as a fictional weather reporter at Adventure Cove.

I have also produced and voiced 100s of radio jingles for FM, Digital and Online radio station around the the world, from the USA, Africa, UK and Australia to name a few.